We often joke that one of these mornings either Dot or Shadow will bring a can of cat food into bed and demand we open it for them. If it ever snows this winter, I would not be surprised for Dot to try this. (Note: we do not let them outside!)

I think that’s why Dot loves E so much, he feeds her.

My goal is to have well balanced and happy felines. Dot is struggling with the return to our normal work schedules after slowing for the end of December. She loved that we’d constantly take breaks for play and snuggle sessions. Her solution the other day when I spent hours at my desk and followed that by cooking dinner was to take one of her favourite toys off the shelf and play with it herself.

This isn’t the first time she’s done this. After an intense play session recently, she cried until we gave her the toy to play with without us. While Shadow ignored everything while we were directing playtime when Dot was in charge, Shadow started to have fun too. 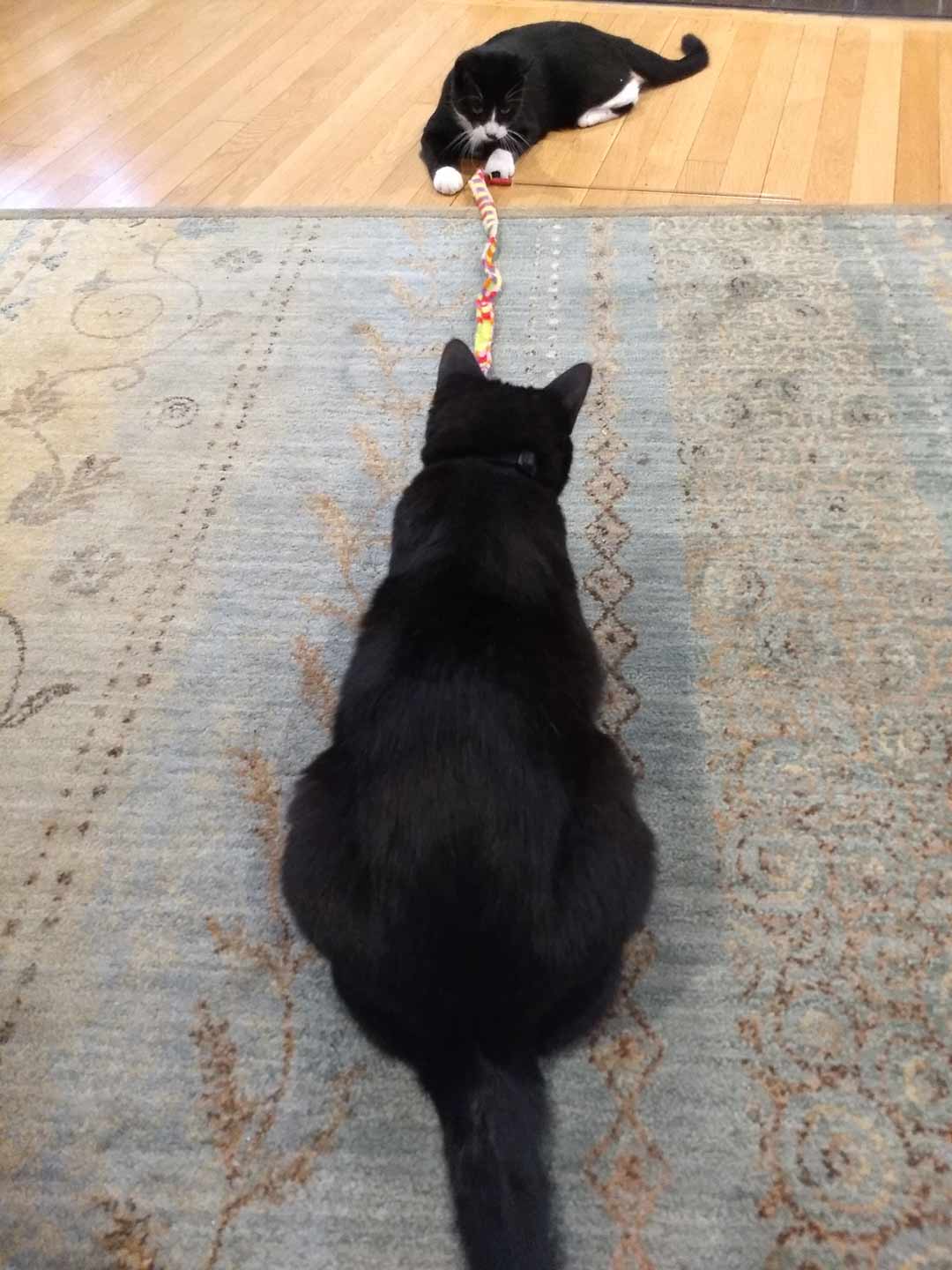 Don’t let the photo mislead you. They aren’t the best of friends, Dot often likes to pester Shadow. He’s often a cranky old man and yells at her that he’d rather nap instead of play.