September was a very good month for reading. During the Jewish holidays I treated myself by beginning my regular reread of Mercedes Lackey’s Valdemar Series. Here’s a list of the twenty one titles that I completed last month. I’ve also added a few notes about the books I recommend. 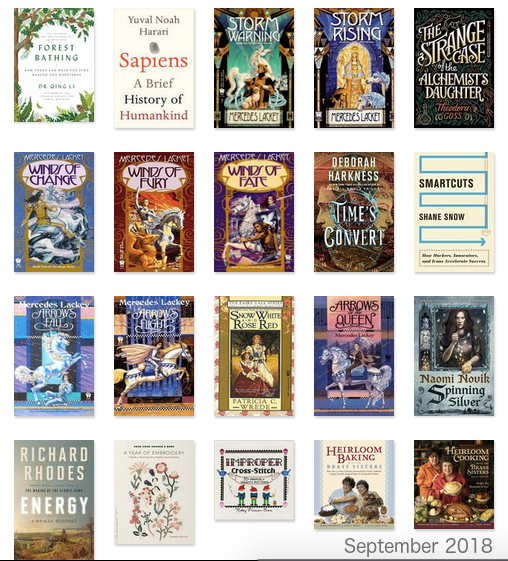 I’m in the middle of Yuval Noah Harari’s Homo Deus and need to read 21 Lessons for the 21st Century for Netgalley. Yesterday I started the second book in Julian May’s The Saga of Pliocene Exile (another set of books I picked up at a book sale over the summer) and am curious to see where it leads. Will this be the month I finish my friend Jessica Ziparo’s book, This Grand Experiment: When Women Entered the Federal Workforce in Civil War–Era Washington, D.C.? I hope so!

What have you read that you recommend? Have any of these books caught your eye? Please let me know.