March weather made it another good month for reading, I once again completed fourteen titles. I’m still craving the desire to reread, and trying to catch up on my review obligations and other titles that have been on my “to read list” for years. 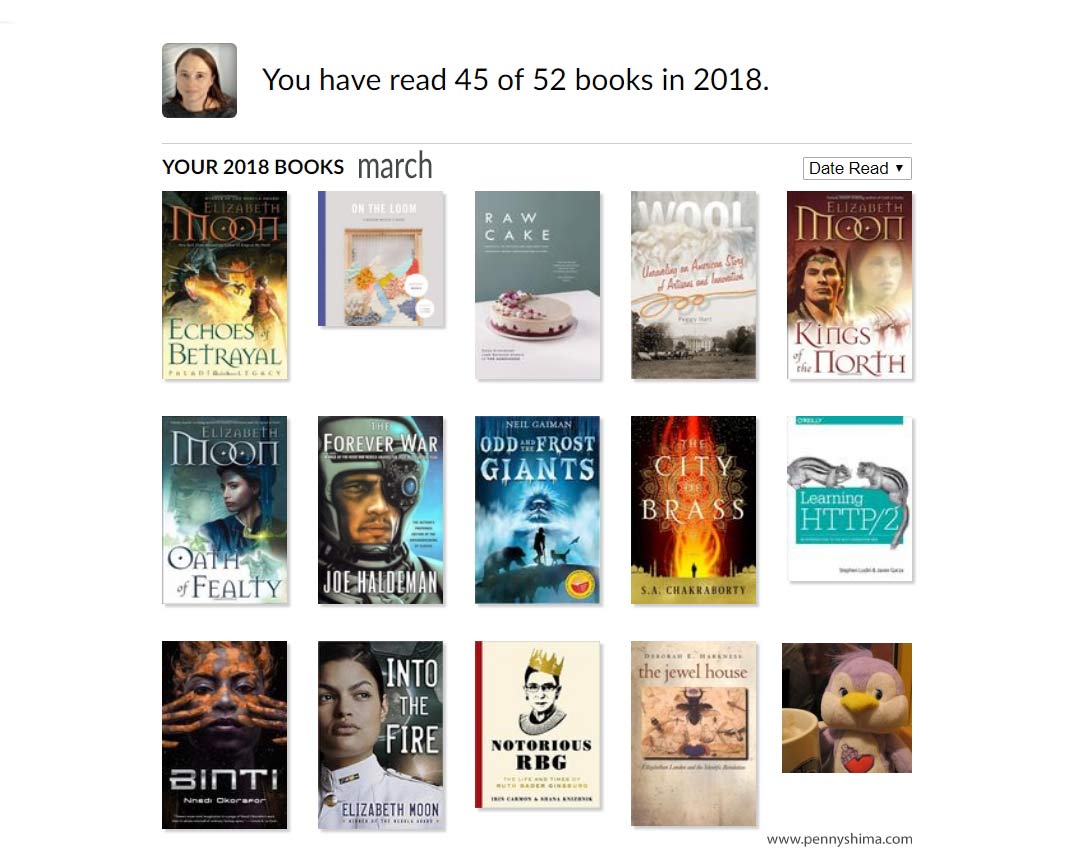 There were many good reads last month, Paladin’s Legacy is enjoyable even if you barely remember The Deed of Paksenarrion. Binti and The City of Brass both came by way of an attempt to read a wider viewpoint of experiences. Both are interesting introductions to new worlds. The second book in Okorafor’s Binti series, Home is impatient

The Jewel House is a fascinating look into Elizabethan London and I’m curious how long until I succumb to the desire to reread Harkness’s trilogy.

You’ll hear more about Wool in the future. ;)

I’m still processing Haldeman’s Forever War. I listened to it as an audiobook while finishing a sample crochet project. There’s a lot there to unpack and I know it will take me a while. 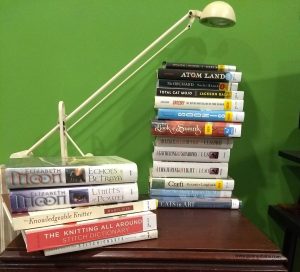 Now that I’ve almost completed the Paladin’s Legacy books, I’m ready to jump into new reads by different authors. While I traditionally reread Lackey about this time, a friend mentioned she was reading V.E. Schwab’s A darker shade of magic trilogy. I happened to be at the library, and they followed me home.

3 Replies to “What I read in March”