Books are my comfort food, so it should come to no surprise that I read as much as possible during July.

Primarily the month found me finishing the Merchant Princes series by Charles Stross and I also read Empire Games. This series expertly blends fantasy with techno-thriller and tosses in some parallel-universe alternative history for extra fun.

A few other books also found their way under my nose and in front of my eyes. I don’t really have time to write more about them right now other than they were the right books for me at the time.

As life balances to the new normal I hope to find time to write more reviews. 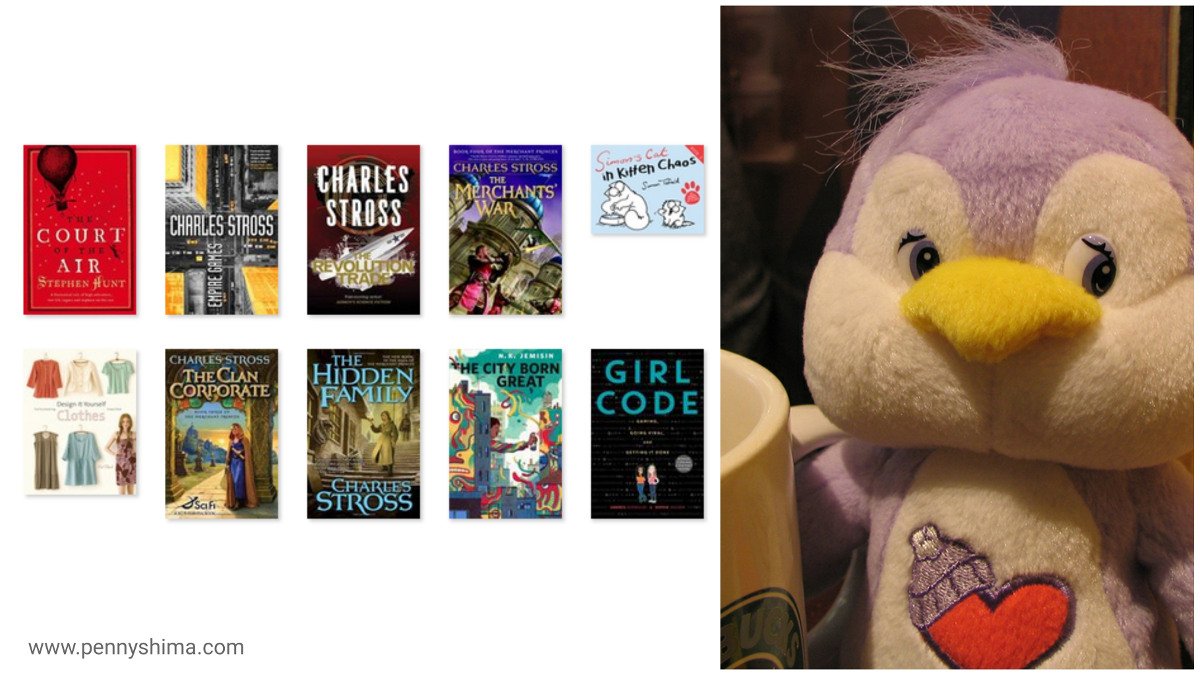 One Reply to “Recent Reading”