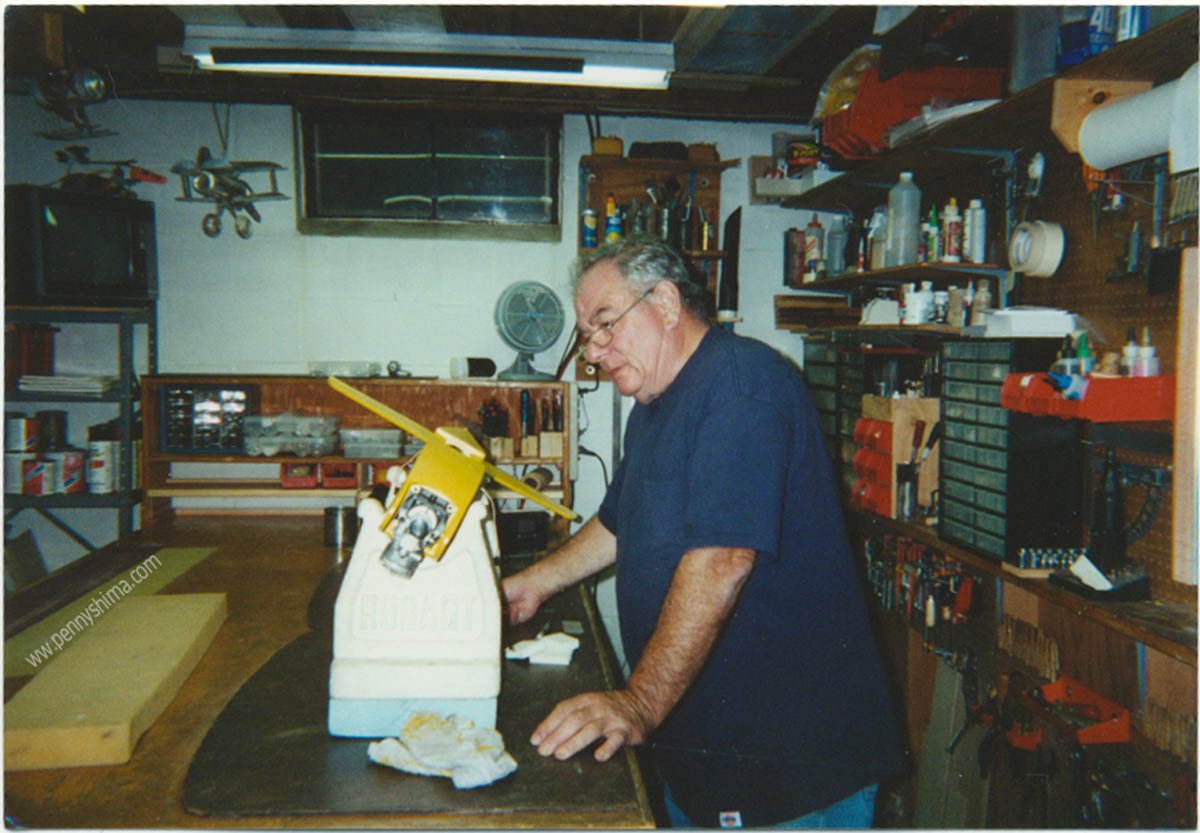 Last Tuesday, the man my mother loved dearly and I cared deeply for passed away. Over a week on and I’m still not sure what to say. They had been neighbors when they were in their early 20s. Whatever caused him to call up my mum and her to agree to a date in 1993 (when they were in their mid-50s), led to a relationship that grew stronger over time.

One early memory stands out, I’ll never forget when he took her out for a date on his motorcycle! Mum was excited, I was a nervous wreck; she came home elated. I never had the courage to hop on.

They found companionship together and joy in their second chance at love.

He was good to me, long after his children were grown, he found himself dating my mum and dealing with a snotty teenager. Hopefully that girl grew up, but I’ve never forgotten that he put up with me during those difficult years! I’m still not quite sure what role he filled in my life but I knew he was always there for mum… and for me.

Al loved his RC airplanes and would build and fly them, then often rebuild them. I went with him a few times at a field near Grumman and was thrilled when he handed the controller over to me. This photo is how I remember him. If your screen had scratch and sniff, you could catch the pervasive smell of glue creeping up into the room above (that’s where I’d sleep).

Please consider donating blood or platelets or making a donation to the American Heart Association in Al’s memory. Thank you.

My mother is recovering from hip replacement surgery (following breaking her elbow earlier this year) and is currently staying by us while she recovers and we figure out her next chapter. It’s a huge loss and change for all of us.

One Reply to “in memory”