Earlier this month I finished making something for me, a handwoven cowl. Shadow and Buddy both were helpful cats and enjoyed helping me work through the project.

In December, Buddy helped me to direct warp onto the loom. 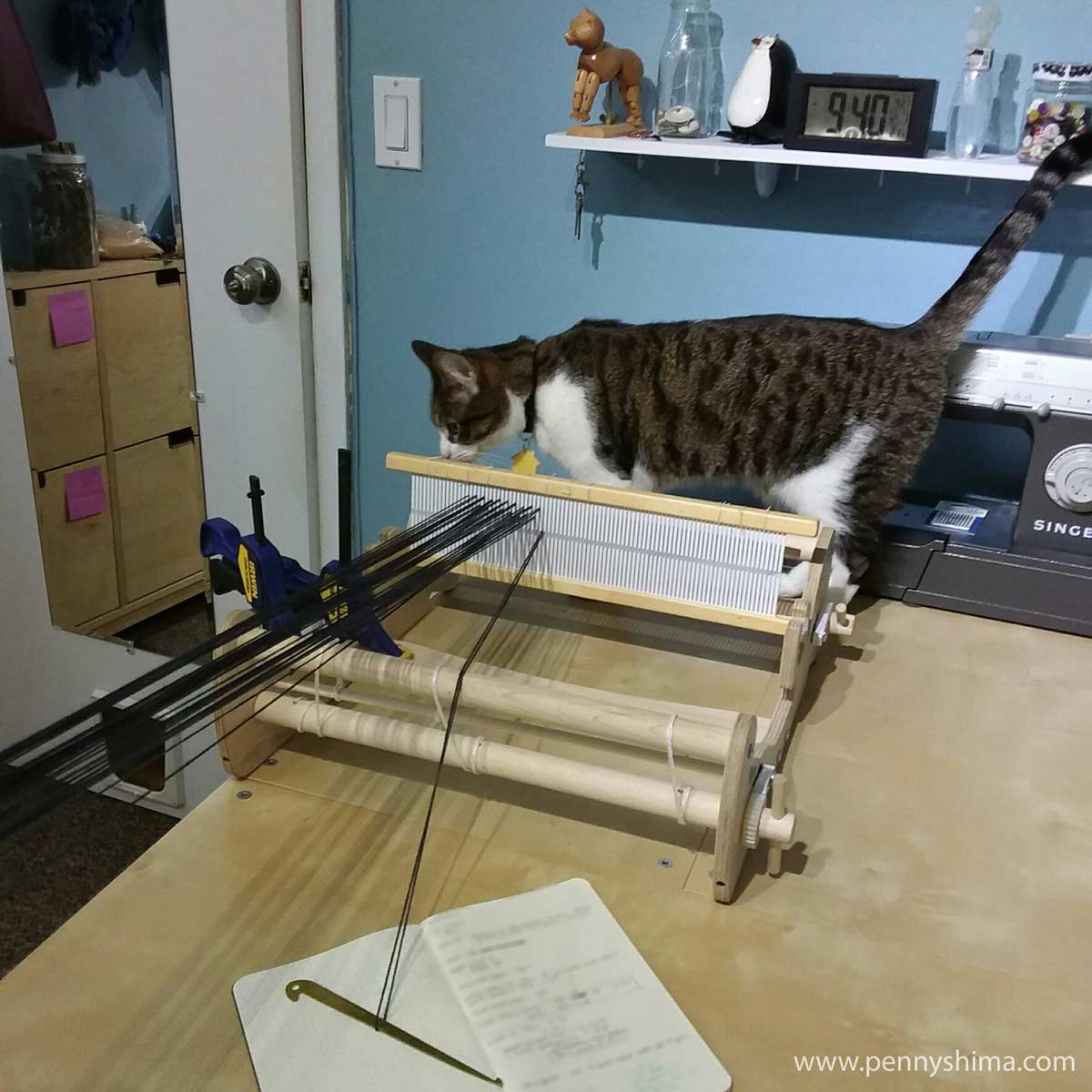 If you would like to learn how to direct warp, I urge you to check out any or all of the resources provided by Liz Gipson:

After warping Buddy watched me weave each week.

He started as an attentive and helpful cat, reminding me to beat evenly and to take my time so there weren’t skips. 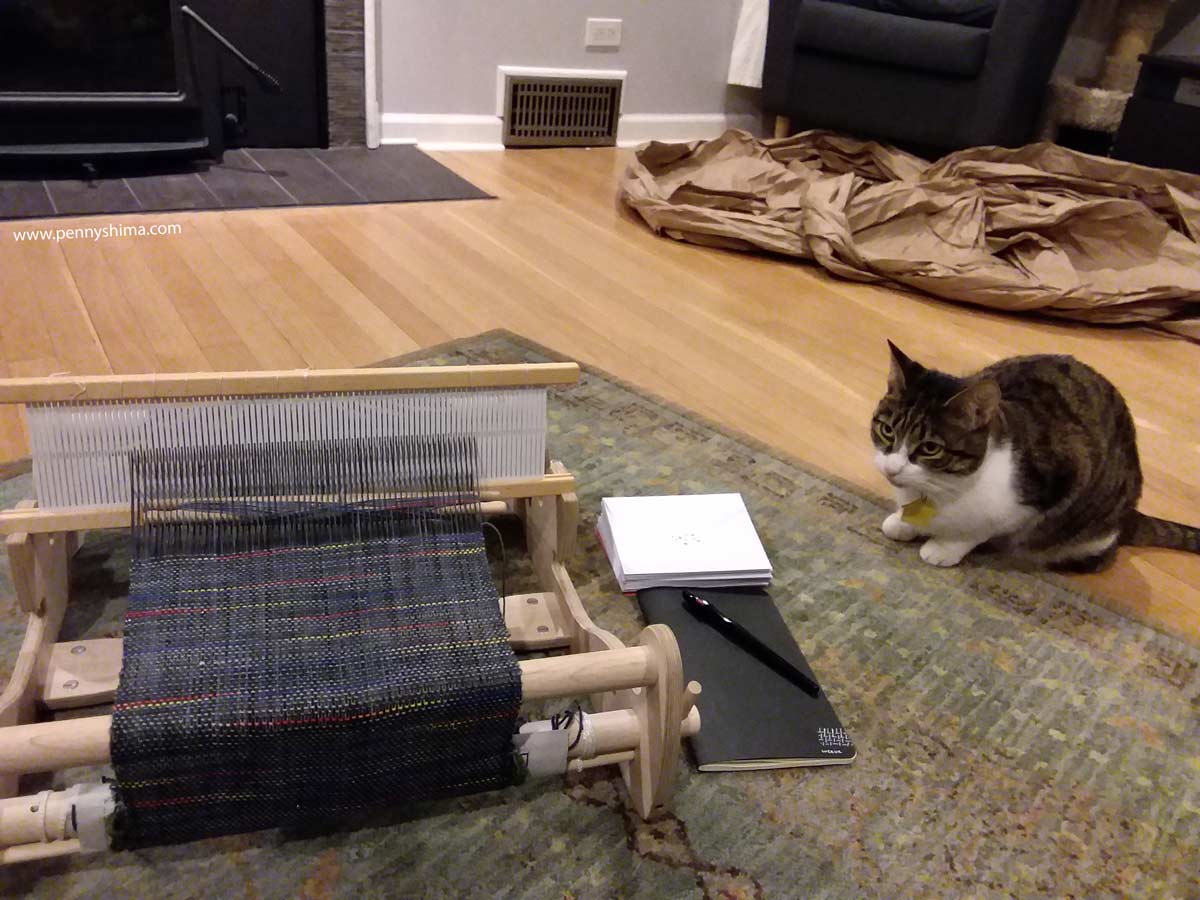 But after a while he wondered if I was done yet. 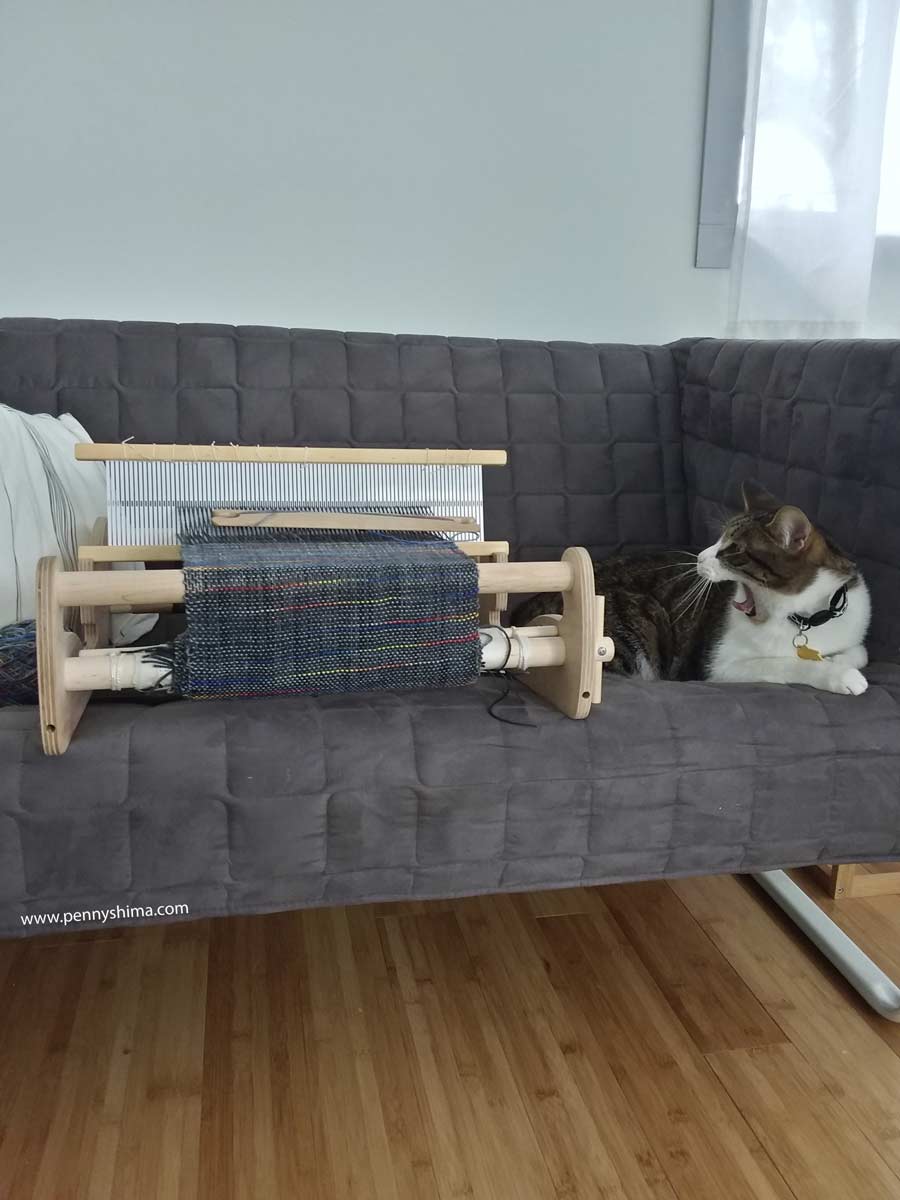 Are you done yet?

And the moment I told him it was just about ready, he started to try it on. 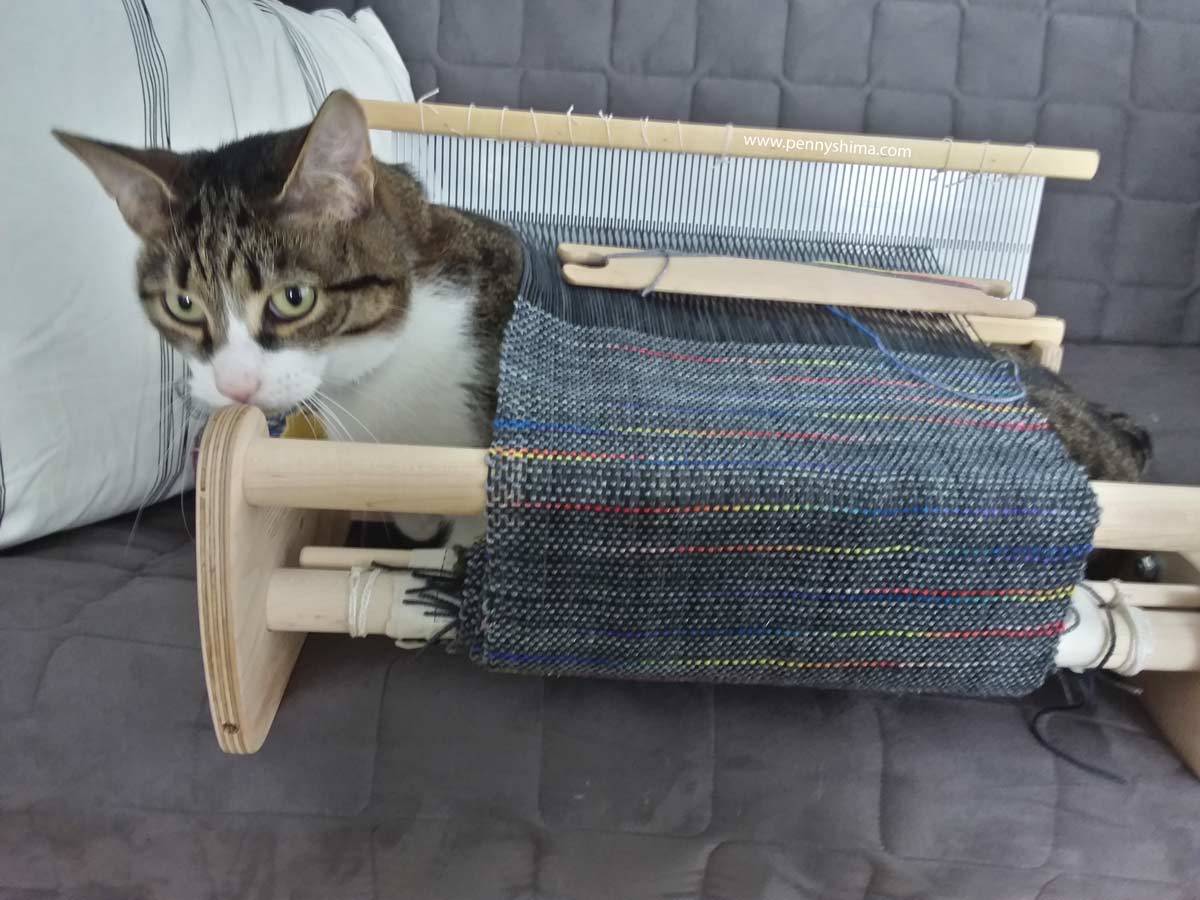 Of course, once it was completed, Shadow wanted in on the action. Moments after I cut it off the loom, he claimed it for his own. 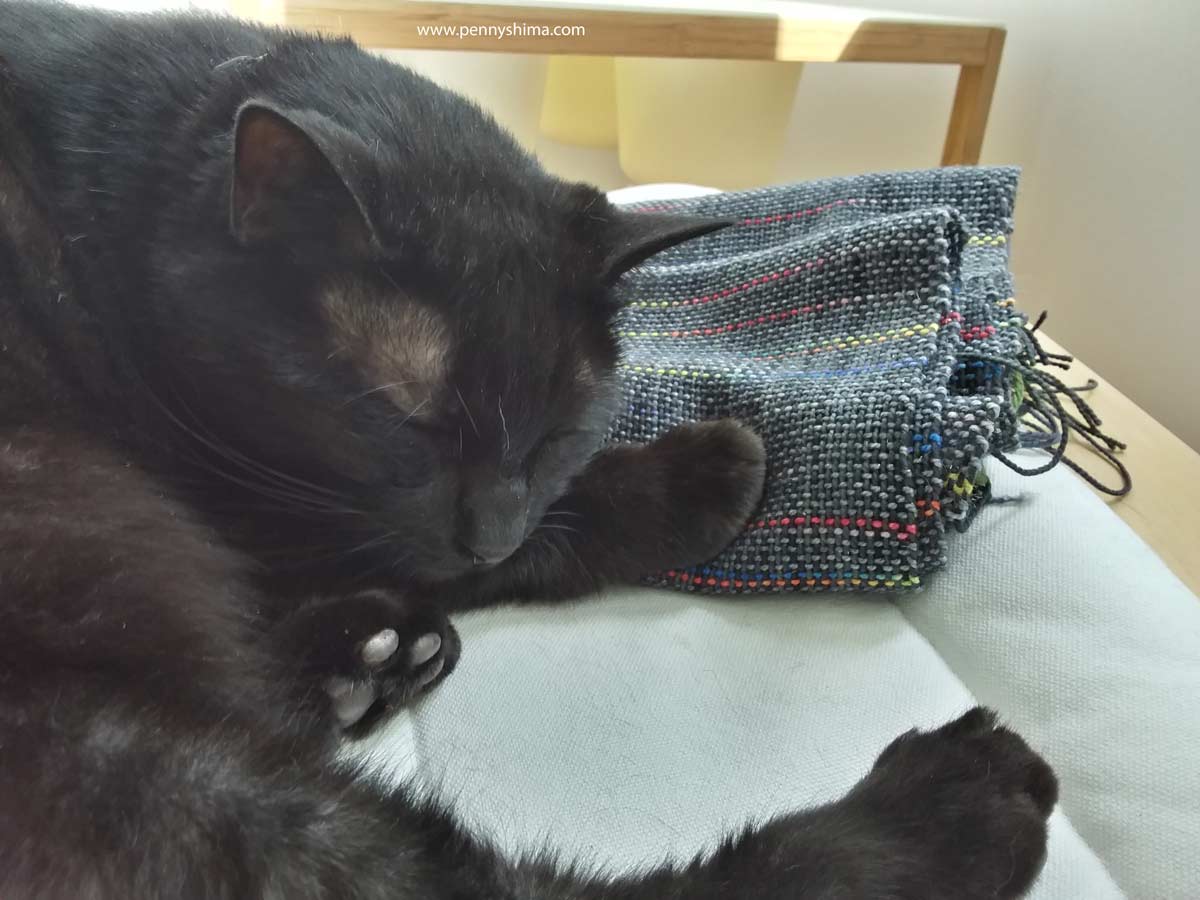 After I finished the fabric and laid it out to dry, Shadow provided it his highest honour. It met Sock. Love is love. 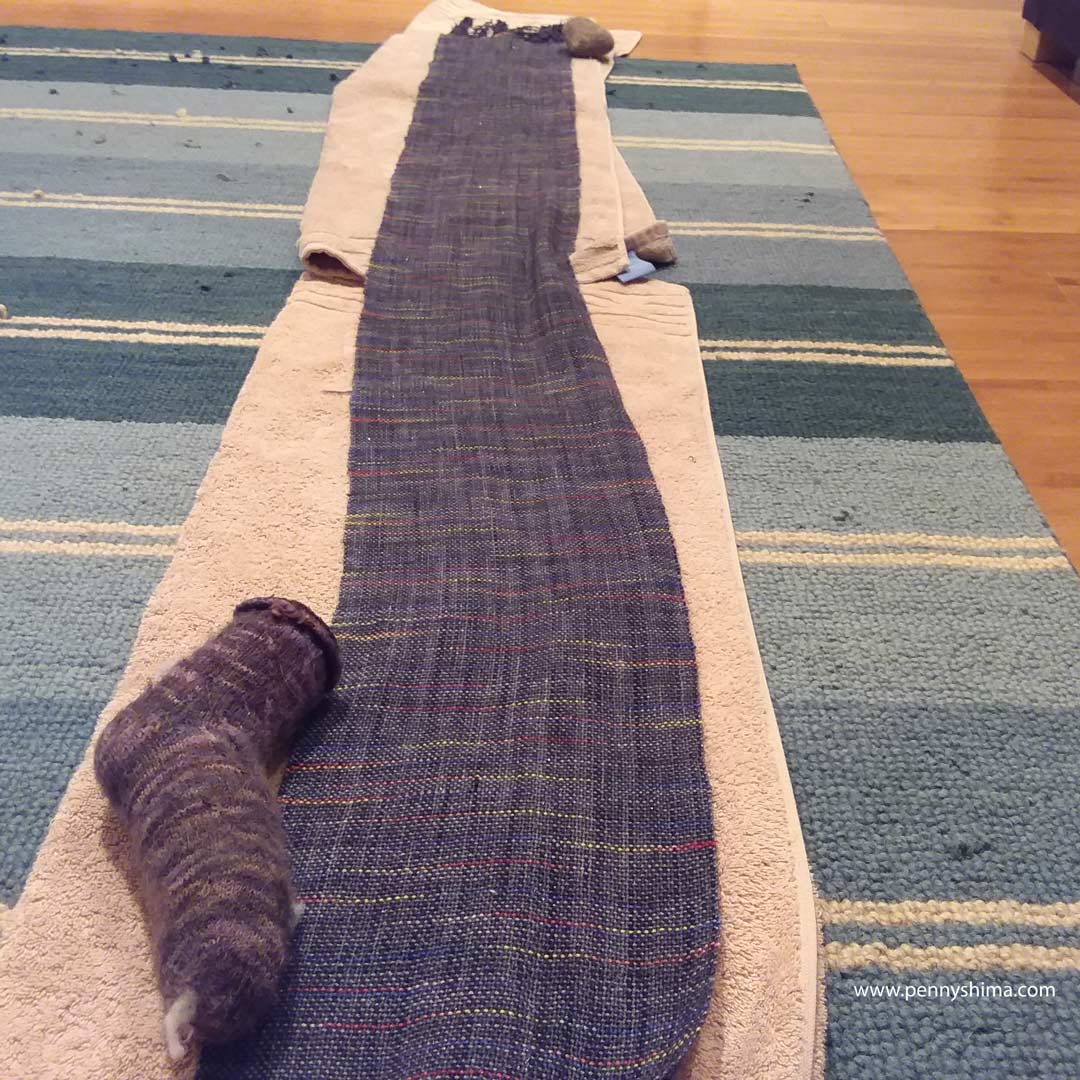 I hemmed it on my sewing machine with a short zigzag stitch and the walking foot. I then stitched the short ends together and have worn it many days since. 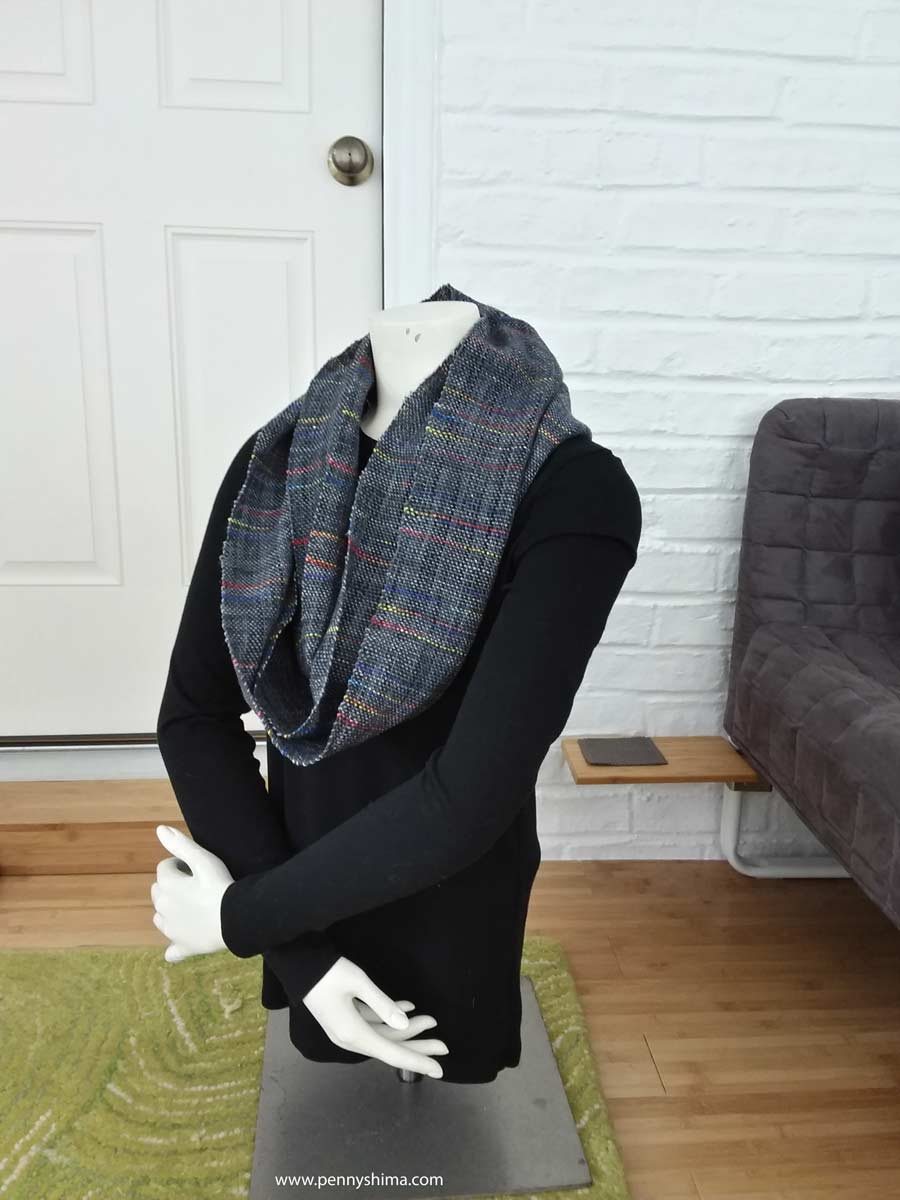 One Reply to “love is love in hidden rainbow”