Mid-July is a good time to check in with my 2016 system. Overall it looks similar to earlier in the year, though there have been a few modifications. 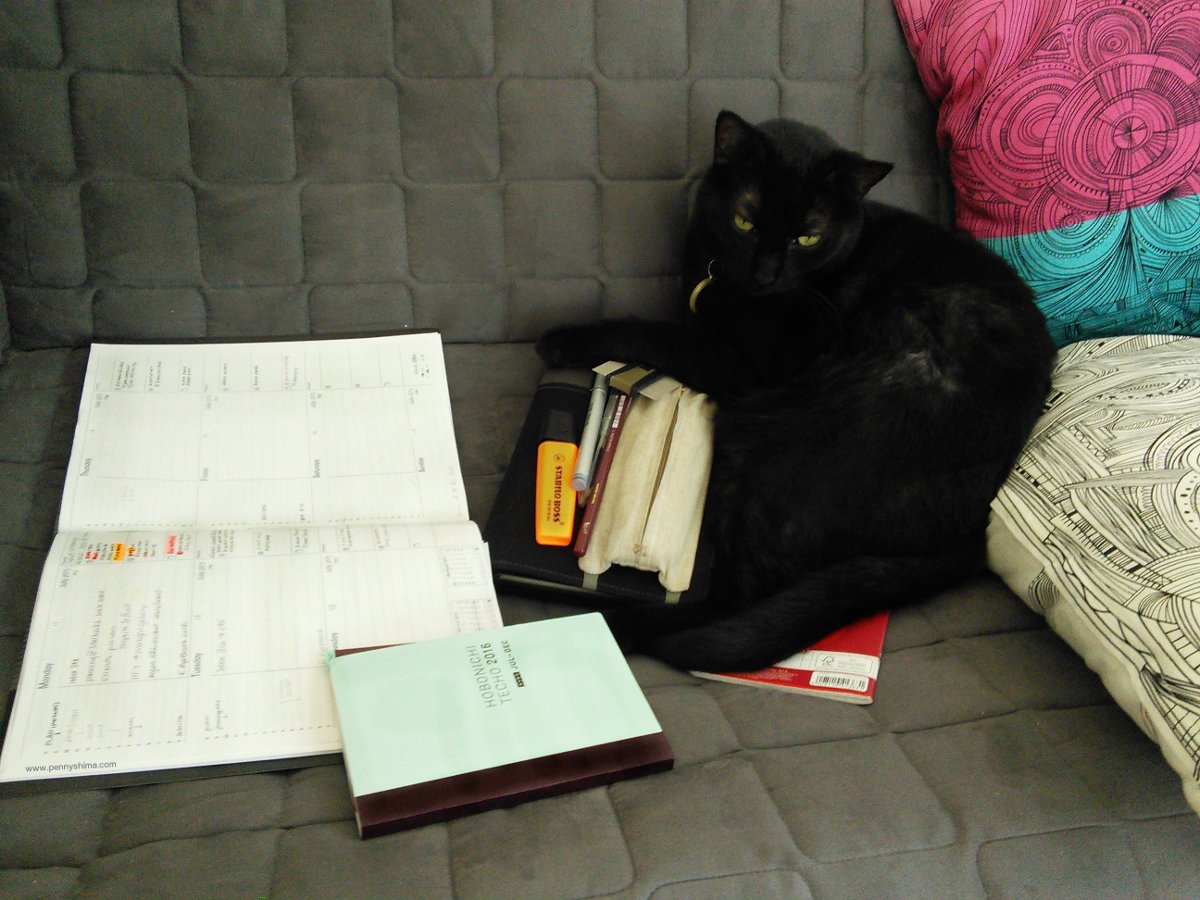 I’m settling into the new setup with Shadow’s assistance.

After many years, there is finally a consistent weekly layout and notes system that is working well for the business logbooks. I am more organized and my notes aren’t as scattered as they used to be. In addition they’re now faster to draw out as I don’t need to think about changes each week!

I am struggling with the personal logbook. For a few weeks, I tried a small Moleskine which was a complete disaster. The paper was horrid with any pen I took to it and I found the page size just wrong enough that it constantly made me cranky. I’m still quite fond of the A6 size, to my surprise, but I definitely prefer a true A6 size. I picked up two of these A6 grid notebooks when we were in Budapest last month.

The Hobonichi is to see what all the fuss is about. It is intimidating as I’ve been looking into the notebook and seeing pictures of other’s use of it for years. I do like the portability of the A6 size and love the 4mm grid and the Tomoe paper, but I’m struggling to use it as a daily logbook. Well, during the day. Right now it’s becoming more of a review diary that is finalized after the day is done. I wish it had more blank grid pages I could use for general notes. A cover that allows me to easily carry it and my A6 logbook, will likely improve things. As of today it’s still new and cute, but I find it more of a burden than a useful addition.

The Principal® arrived from Karen of Exaclair for review after a discussion about formats and I lamented how I wished the notes sections were tied to each day, not just the week as in the Trinote. I am only two weeks in (I made a photocopy of the spread and began last week thanks to some correction tape to revise the dates) and really like it. One big change is I’ve continued to use correction tape to switching Saturday and Sunday as it reflects my week’s needs better.

How is your 2016 planner system treating you? We’re over halfway through the year and most mid-year academic books have started. Have you made changes?