Grey is my favourite colour. It’s very versatile for clothing, perfect for me as I try to keep a minimalish wardrobe.

Another sign that grey is my favourite? This is the 6th grey sweater I’ve knitted! 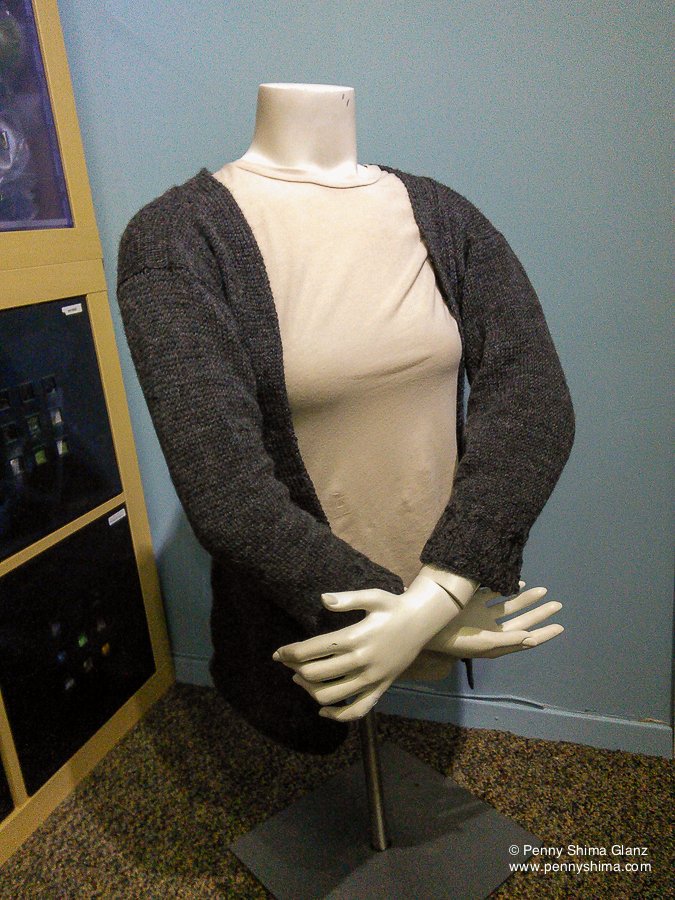 Meet The Jumble Sale Kimono for the Widow Mayhew’s Daughter designed by Andi Smith and published in What (else) Would Madame Defarge Knit?.

The pattern is now available as a separate PDF for those who aren’t interested in the entire book (I’m obviously biased for all of it).

I started this sweater in May 2013, to go along with a KAL. I finally finished it last Saturday night, a week too late for Rhinebeck. I swatched for this sweater, by knitting the sleeves. Why did I knit my sleeve instead of a normal swatch? I struggle to actually knit swatches because it bothers me that after I block and measure them, they mostly just sit around ignored in my swatch box. I am impatient and could foresee not wanting to knit the second sleeve and then turning it into a vest! It would have been a pain to rip out the sleeve if it didn’t work out, but I knew if I made gauge (which I did) then I would be a sleeve ahead.

Swatching was essential for this project to answer two questions: 1) would my yarn substitution work? The yarn I used (now discontinued) is structurally different from the suggested Fiber Optic Kashmir. 2) I also wanted to see if my idea to knit on the lace edge would work, its designed to be sewn on later. The answer was yes and sort of. After making gauge, I decided to forge ahead with this yarn anyway. Knitting on the lace worked perfectly, but because it’s a dark charcoal grey sweater, the lace detail is lost.

This sweater was knitted in fits and starts and when I finally finished the second sleeve at the end of August I knew I had to make some changes so I would actually finish it. I wound three balls off the cone and knit the back and both fronts at the same time. I thought about knitting mostly seamless, but I wanted to practice my seaming so I forced myself to knit it flat. It got to be a tangle at times, but I think it worked out overall. I went into the seaming knowing that the lengths were equal and that helped.

I then needed to make a decision if I was going to knit the lace and cable edging or not. For the bottom I knew I didn’t want the motif. This is the same yarn I knitted the Whisper Cardigan out of, and I knew that it really likes to roll. So I knitted a hem and faced it with some green in the same yarn. I was going to knit the collar in brioche, but due to needle choice ended up doing a 1×1 rib instead, knitting it directly onto the fronts. I like the understated effect, though wish I had remembered to increase the stitch count once I made the switch from brioche to ribbing as it’s a bit narrow. I ended the ribbing with a tubular bindoff and that little detail makes me very happy. More notes about my design modifications can be found on my ravelry project page.

I’ve worn this sweater every day this week, it’s now my favourite sweater!