Shadow had his annual visit to the vet this week.

As always, he was wary of the carrier and very vocal during the car ride, but remembered his manners and charmed everyone once we were inside the office. Shadow even purred for the vet after she clipped his nails!

He was so good that I gave him the toy I finished while sitting in the waiting room. He loves these mouse butts and they’re scattered around the house and he often brings one to bed. Your can can have a set of their blind mice. The pattern for both knit and crochet will be available very soon, they’re fun (and pretty quick) to make. I promise that while the design has been Shadow tested and Shadow approved, the mice available for sale have not been toyed with before shipping.

Last night after our regular 5pm snuggles Shadow snuggled in more and purred his forgiveness for his torture earlier in the week. 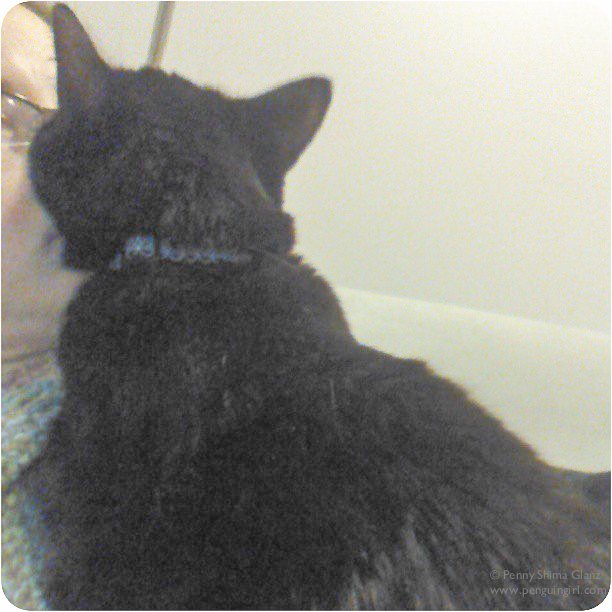 Today he’s weary of more snow but his hopeful for more snuggles this weekend.