As always, yarn is being knit or crocheted whenever a free moment chooses to present itself, however I haven’t been able to get decent photographs. This is due to many reasons mostly because it’s December and the sun sets early; further many of the projects are dark grey or black.

As an example, shown here is the best of the many photos I took of the Valley Yarns 3/2 Cotton I’m using to knit E’s sweater. The yarn really is black, I fiddled with settings so you could see that there is actually yarn on the cone and wasn’t in the mood to set up the light box. This sweater will be similar to the last one I knitted him, except this time in cotton and at a slightly finer gauge so that perhaps he’ll wear it.

I’m making very slow progress, though that might move into negative territory very soon. I am about to perform some knitting surgery as I apparently moved a stitch marker while in the middle of the sleeve cap increases and didn’t notice until some 15 rows later. I need to tink back a few stitches and I really hope I don’t need to rip back a week’s worth of knitting to make the increases right. Of course the wayward increases are on the front of the sweater, I might have let it slide if they weren’t. 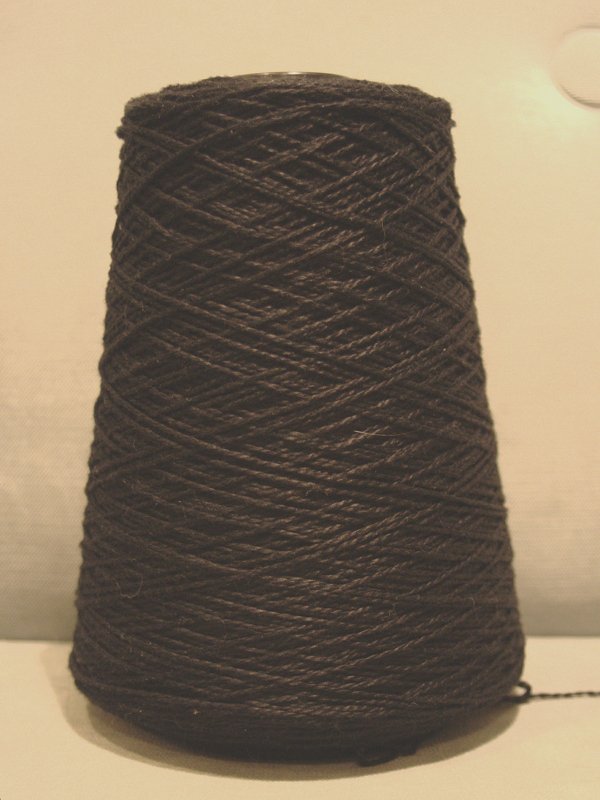 2 Replies to “current knitting progress.. or not.”