The recent triple challenge of Summer 2012, caring (thankfully) for an aging parent, and continued renovation on our house, found me once again content in rereading. Each read is a different experience and sometimes it is one for better or for worse. I realized that there are quite a few favourites I’ve not written about, and I may attempt to write about them in the near future. It’s difficult because I like to first approach a novel with no preconceived notions or expectations.

Because of this, I find it very difficult to review fiction because I don’t want to unintentionally give away a detail that may colour someone’s expectations or experiences.

Turning back the yellowing pages of the calendar to a quieter time, this past Spring, I will briefly discuss a delightful and magical novel I read in March, Among Others by Jo Walton. Since then, it has won both the Nebula and Hugo awards! I picked it up because I had been hearing about it for over a year. John Scalzi featured Walton on his The Big Idea spotlight back in January 2011. I began to hear more about it, especially after the Nebula nominations were announced and I finally broke down and brought it home from the library.

Among Others is an epistolary novel told through the diary of the teen Mor with SF references on just about every page. It is just absolutely dripping with them and I was thankful that many were good friends I knew, though my TBR list did grow by quite a few books by the end of the story (don’t worry, you can find a full bibliography of referenced titles online). It’s mostly set around an English boarding school and that just automatically invokes my interest. Add to that I’ve kept a journal (on and off) since I was eight. I came late to the SF scene, but from an early age I loved to read and reread and have always kept lists of books I want to read. I felt that I never quite fit in for many reasons during my school years. I’ve connected to the realistic world created in Among Others and it is a world I hope to revisit soon. I want to spend more afternoons becoming better acquainted over a cup (or three) of tea. 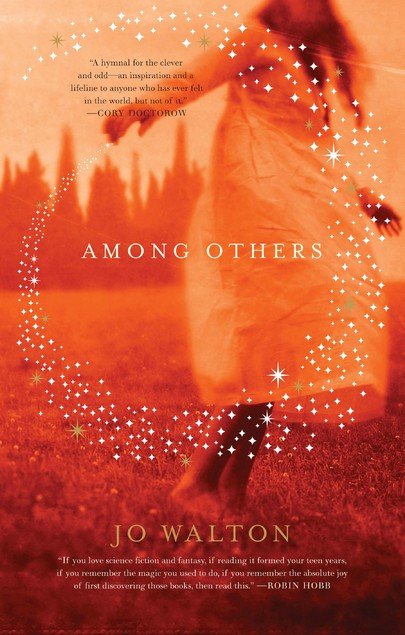 Among Others
by Jo Walton

One Reply to “rereading … and among others”