Not the post I thought I’d write, but anyway …

Last night while watching Star Wars I finished K’s fetching. She’ll get them Tuesday. I hope she likes them. I made the mistake of putting the first one on, and I didn’t want to take it off. When E took the photos I made him ensure that I take them off after. They are soft and warm. Luckily I have another two balls of this yarn so I might make another pair or two. They are a really quick knit. I had cast-on for them last weekend but really knit them Thursday (I had a nice hour long conference call), Friday at lunchtime, and over Star Wars motzei Shabbos. I think I’ve improved tremendously as a knitter because I remember how much harder and longer these were when I knit them for mum. I’m still not totally happy with my attachment of the thumbs, but K can know they are better and since I do have a second ball of black who knows she might get another pair. I had originally started knucks for her birthday (the first week of October) but as I rushed the second one it ended up tremendously smaller and I just had no desire to do the finishing. They sat and sat for four months. I decided they needed to be complete and on her hands by 28 Feb, and yes, they will be (unless I forget to bring them with me when I see her next). 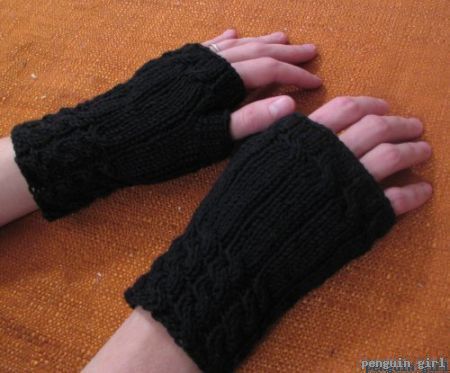 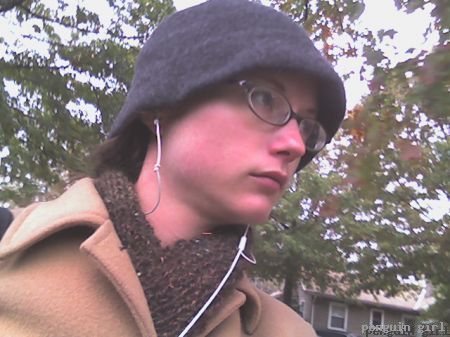 I’ve not worn a shaitel in months so I need to find other head coverings. I have two very wonderful hats I love in black and grey. They should only be worn in the cooler months as they are a nice thick felt. I attempted several times to make a beret and it didn’t go well, not to mention I don’t like how I look in most berets. I’ve been scouting around for a style that works with me and my hair (I have a large bun to cover). The other day I found this for $5: 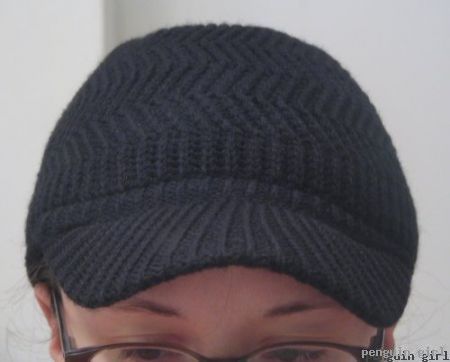 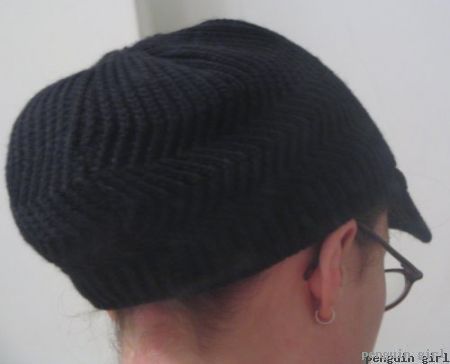 I think it works (and is more office appropriate than my standard ball cap) and now I’m trying to figure out how to knit the brim. I’m going to hopefully knit one with the yarn I had picked up for the berets. There should be enough for the hat and at least the top of the bill (the bottom can be a contrast color).

Friday afternoon I had the brilliant idea of pulling out my entire stash and inventorying it. I’ve made quite a mess, found some yarn I forgot about, and realized I really need a yarn+needle+project inventory system. Would you be interested in something? What features do you want? Web-based? Or a standalone application? What would interest you? Please let me know. No, you are not seeing a picture of the stash (yet) nor of the mess. ;)

I’m also working on some other gift knitting, for some recipients who meow. I’m trying some different techniques and I hope that they don’t mind (as long as I include enough catnip). If you have kitty and were awaiting a thank you from me (or not) hopefully within the next two weeks I’ll have something for you.

The socks are currently in time out. I somehow dropped a stitch on the baby cable during class last Wednesday. I do not recommend doing that. I do recall more of what the professor said during that period but it was not a recommended move. I think I’ve successfully fixed the cables now. I hope. GRUMBLE. I need another pair of socks!