So, it’s been a year already. How did my 2013 planner choices fair? There were three main posts about this saga: that time of year: planner angst, planner status, end of january edition, and planner status, heat wave edition. I think overall it was a good year. I made more changes mid-year than I wanted, but I think I’ve finally found a grouping that is working…

As hinted in January, the arc/circa hybrid was changed out pretty quickly. I just could not get used to the layout of the Staples weekly pages. I also found the notebook quickly became heavy and I would spend hours rearranging instead of working. Could I have easily purchased new refills and smaller rings? Yes. But I was drawn to the notebook because of the allure and message I thought using it would bring. That by using one I’d be automatically organized, put together, and feel fancy. Is that bad? No, but I hadn’t chosen the tool that was best for me. I still like both the Circa and ARC systems, they just don’t work well for me and the work I am doing right now. Now my challenge for 2014 is to resist the siren call of their new app system which I believe is brilliant. 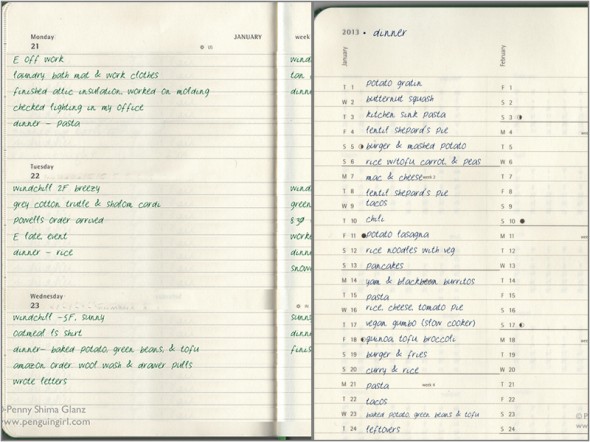 The green planner, for weekly review and recording dinners that I was the most worried about?

I missed a few days of dinner recording (neither E nor I can remember what we ate), but I’m pleased with how it enabled me to briefly review each week and how in time it’s turned into a record of the year. I find it helpful as I’ve been neglectful of regular journal writing this year.

It was so successful, I purchased a new volume in the same format for 2014. This year I won’t be as afraid to set ink to the notebook!

While I was struggling with what worked best as the day-to-day planner, I had quite a bit of fun photographing my daily lists on instagram and with my tag #morecoffee. I’m not photographing every list anymore, but I expect there will still be updates to my flickr set. 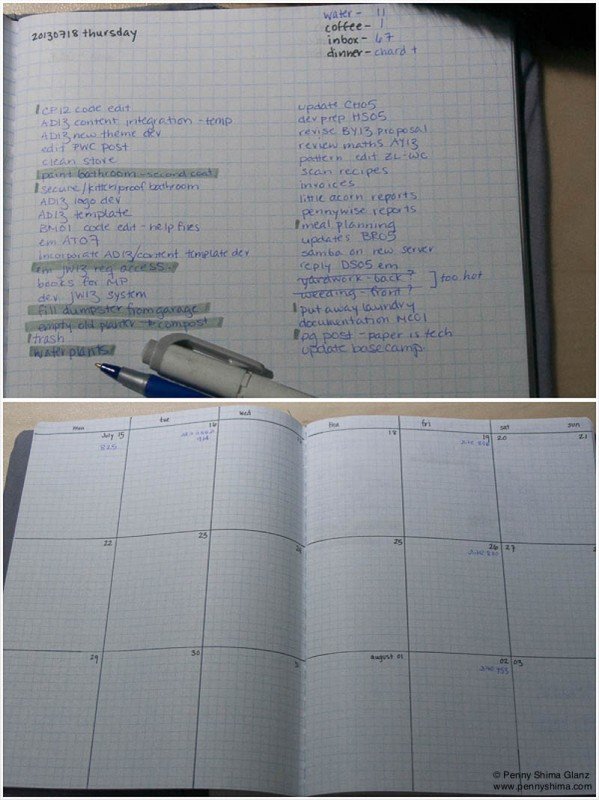 How did my DIY solution work until I could decide on an academic planner or wait until 2014?

It was okay, but I was very miserable.

Why? While I took time with the second version to set everything up nicer, something just still wasn’t right. I guess in order for it to be a proper calendar/planner for me it needs to be typeset and printed. Yes, in theory I could layout something with inDesign and a database of dates that needed to be inserted, but that’s a bit beyond my current skill set with the software.

Even though I had labels and lists of holidays, even if I was careful with my handwriting, it was too easy to be inconsistent with placement of holidays or other events and that broke down my ability to see certain facts quickly. So I became.. frustrated. All hope was not lost.

A few weeks after that summertime post, I purchased an A5 Filofax Flex binder in grey. It fits large size moleskines (both hard & soft cover), and my favourite A5 notebooks from Muji. After much debate I also acquired a 2014 planner from Filofax. Further, over the summer I received a Quo Vadis Trinote through a contest on their blog. I had to wait for both planners to start (the filofax began the last week of November, the Trinote the first week in December). Later this week I hope to update with how this new system is progressing, so far I’m still in love.

Both cats are in love with the planners too. Shadow really liked the Trinote last week. 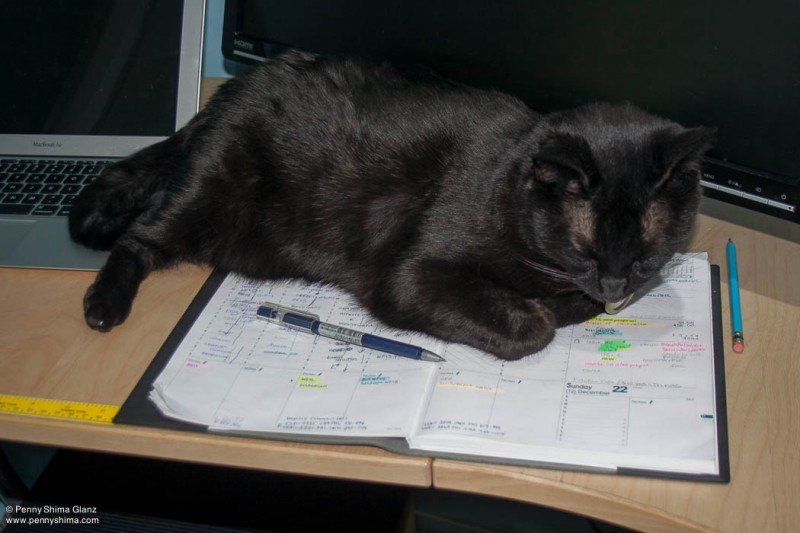 What planner lessons did I learn in 2013?

What lessons did learn from your 2013 planner system?